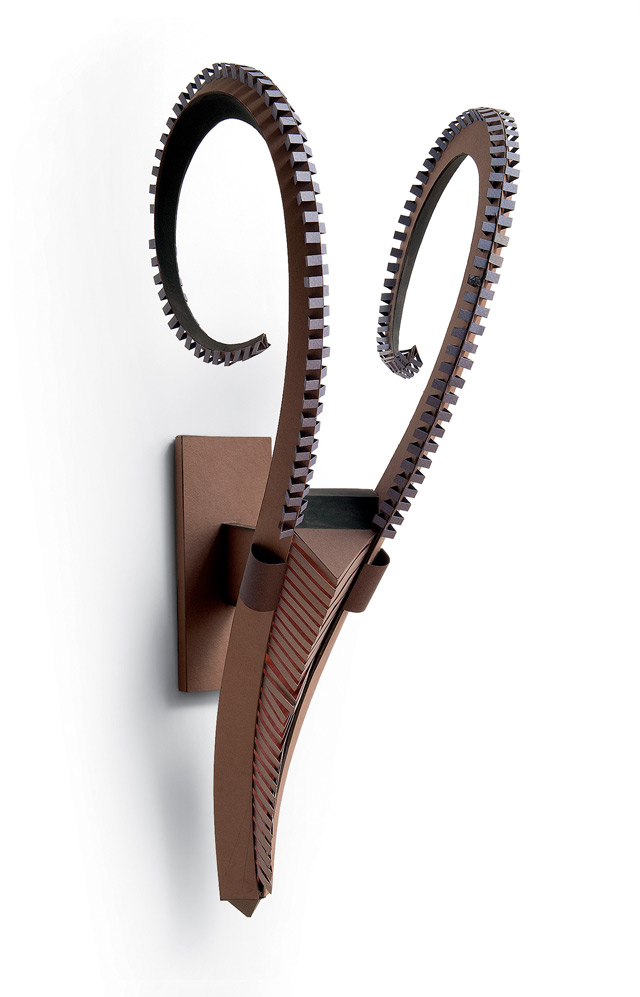 Irving Harper: Works In Paper is a new book from Skira Rizzoli that collects the paper works of industrial designer Irving Harper. Harper worked as the director of design at George Nelson Associates during the 1960s and is known for designing the Marshmallow Sofa for Herman Miller (as well as the firms’ iconic logo) and the ball and sunburst clocks for Howard Miller. Privately the designer was also an artist and created numerous paper sculptures depicting animals, masks, and other figures. Via Rizzoli:

Encompassing influences as diverse as Picasso, Egyptian hieroglyphs, the art of Oceana and Africa, the architecture of Paris, and the American beech tree that shades the Rye, New York home he has lived in for over 50 years, the artist’s private meditations reveal an informed aesthetic consciousness expressing itself as pure joy. Harper’s private work delivers on the promise of modernism: humble materials elevated by brilliant design and craftsmanship, and integrating the natural world to create objects in a universally understood language.

You can pick up the book on Amazon or directly from Rizzoli. All images courtesy Skira Rizzoli. (via grain edit)